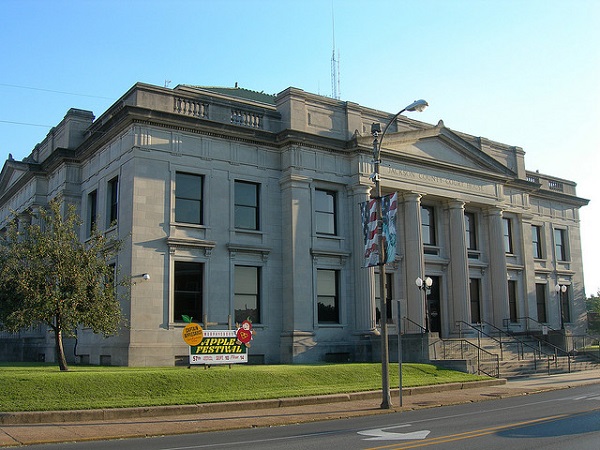 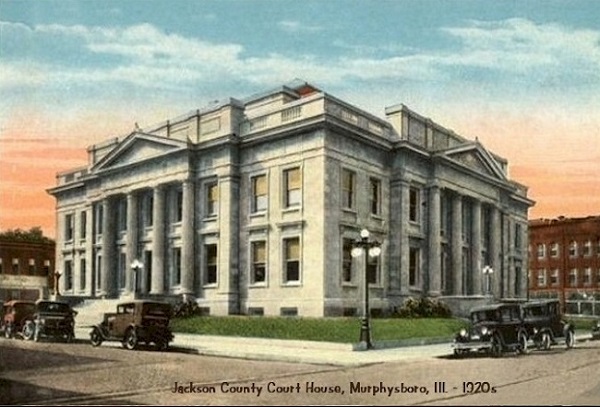 "On the night of the 10th of January 10, 1843, the court house was discovered to be on fire; the flames spread so rapidly that nothing could be saved. All of the books, papers and records were destroyed, except perhaps one or two small books that were not in the court house at the time.

“On the 13th of January, 1843, the county commissioners met to make arrangements for the purchasing of new books, and they empowered the clerk, D. H. Brush, to purchase such books as were necessary to carry on the county business.

"Soon after this, there was a movement among the people of the county to select another place for a county seat, so on the first day of August, 1843, Murphysboro was chosen and located.

“When the courthouse at Brownsville was destroyed by fire on the night of the 10th of January, 1843, the people of the county took legal steps to have the county seat removed to some other place, so commissioners were appointed by the county commissioners court to select the site of the proposed town. William C. MURPHY, Samuel RUSSELL and John COCHRAN were the men that were appointed to perform that duty. They reported that after due examination of several places, a site was chose, situated on land belonging to Dr. John Logan. Dr. John Logan donated twenty acres for the town plat.

"The location was made permanent on the first day of August 1843. The land was laid off into lots and streets with a central square for the use of the county for buildings. The county commissioners had the plat recorded and proceeded to sell lots. The town was named after one of the commissioners, Murphy's Borough, but the name was, by common consent, joined into one word, the apostrophe and the last three letters dropped, and spelled Murphysboro.” 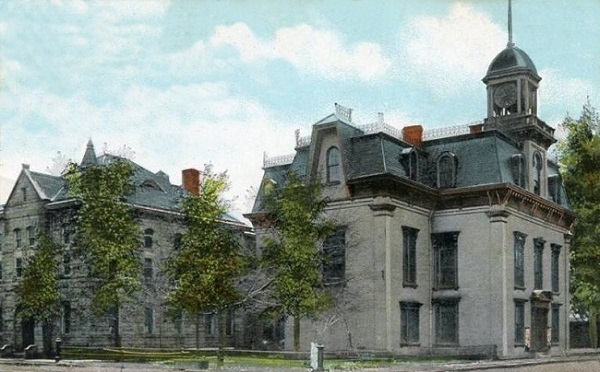